The year of releasing an album is always a weird thing to experience because you’re sort of catching up with a previous self. My new record The Rose Gardener came out in February of this year, but it was written and recorded a whole year before that, in early 2018. After more than a year removed from the writing process, it becomes an unforeseen task of touring to find new meaning in the songs after their original dramatic subject matter isn’t such an important thing in your life. Touring new Bellows albums always feels like discovering the true nature of the songs — since I write and record mostly alone, the band only learns the songs after the album’s finished and the live arrangements are usually pretty different from the recordings, sort of like we’re covering my songs.

Our first tour on The Rose Gardener was this last March. I found that there were some songs, like “The Tower”, that felt like they achieved a new life as live songs, like they’re able to strike emotions in a live setting that are different from what they’re doing in the recording. Other songs like “Housekeeping” feel like they sometimes aren’t appropriate for every venue, like the lightness of the guitar playing and the particularity of the samples doesn’t always come across in smaller house show or DIY spaces. Right now I’m on my first full U.S. tour on the new record, and I’m still in the process of discovering how these songs go. On the previous Bellows album, Fist & Palm, we toured the songs heavily for two and a half years, and by the end of the touring it felt like every song on the album had a completely distinct quality in the live setting, almost like we’d made the album all over again as performers. I’m excited to be in the process of re-making this new Bellows record in the live world. 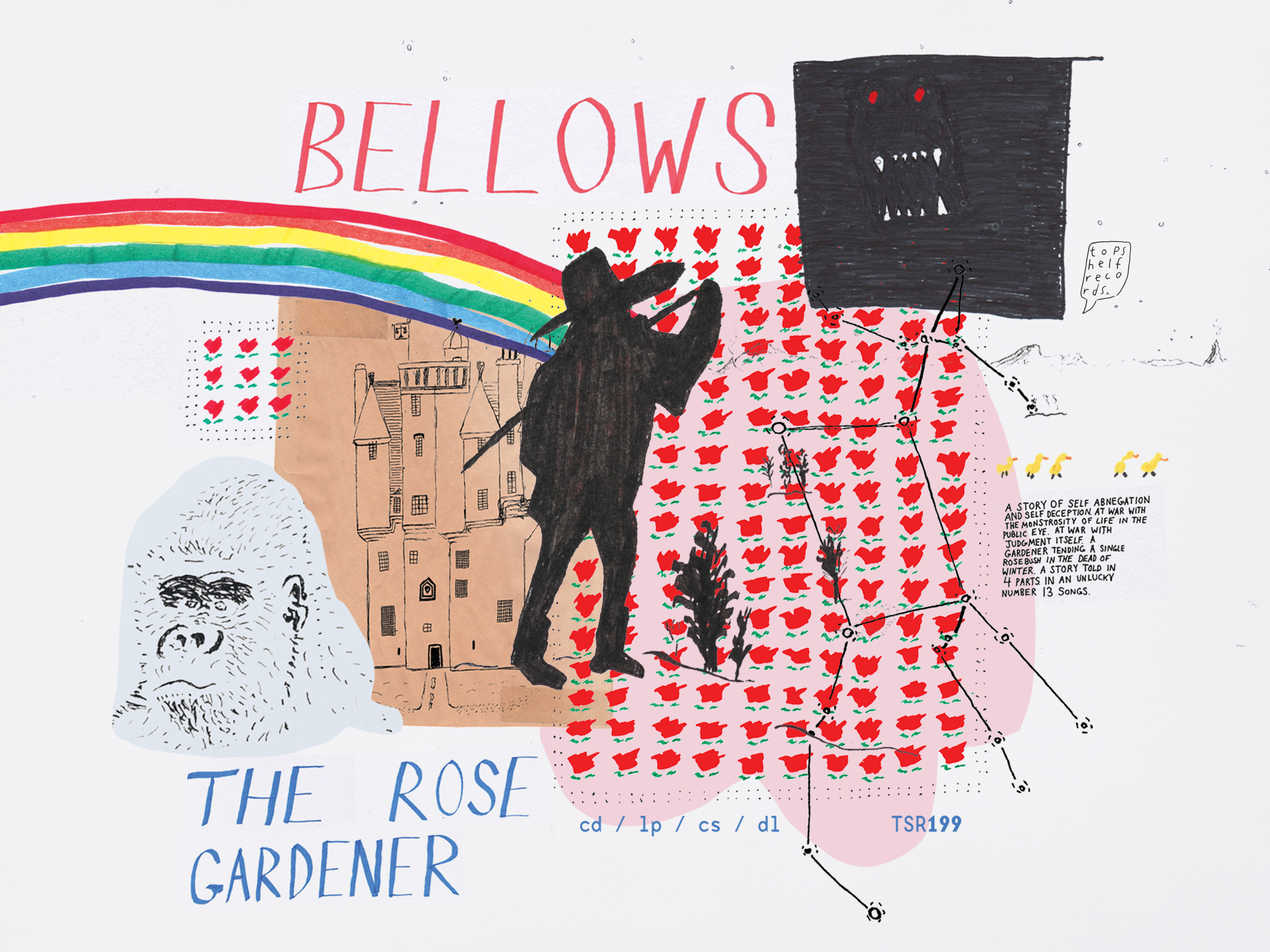