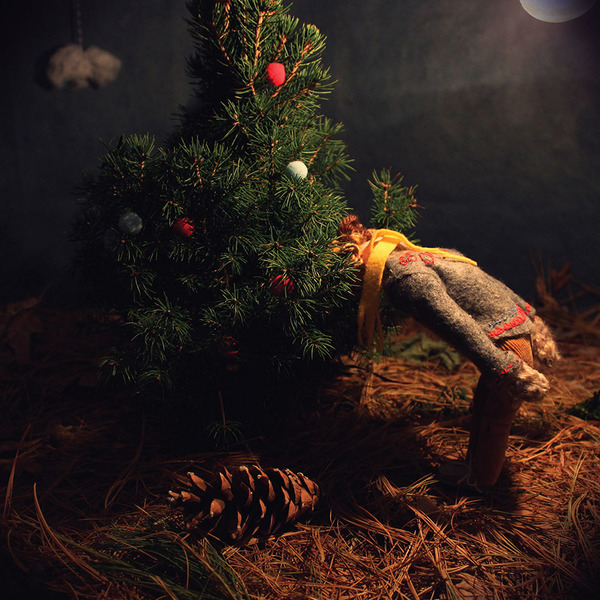 Really Big Pinecone What I Said About the Pinecone

You know when you hear something and you just perk up and have to stop what you’re doing entirely to fully engage with it and then subsequently get really excited as hell about it?? That was my experience with Brooklyn-based three-piece Really Big Pinecone and their not-quite-an-LP but also not-quite-an-EP What I Said About the Pinecone (originally released on vinyl and digitally through Babe City Records). So, we’re very excited to announce that we’ll be releasing the album as part of our cassette series later this spring.

Guitarist Mikey Buishas describes the band’s sound as, “sort of messy, but playful, abstract, as well as earnest and joyful” which I feel is pretty spot on. There’s a quirky pop sensibility the group invokes that, in a different time and place, would have seen them fitting in with Elephant Six Collective acts like Elf Power, The Apples In Stereo or Beulah. There’s also a quiet confidence in their execution of more intricate parts that is reminiscent of more contemporary peers like Palm, Ava Luna or Forth Wanderers.

What I Said About The Pinecone captures the wonder, fear and uninhabited creativity over the course of an eventful 14 minutes, seven songs. This album—recorded by Philip Weinrobe (Marc Ribot, Pussy Riot, Damien Rice) at Figure 8 Recording (Palm, Owen Pallet, Here We Go Magic, Son Lux, The Julie Ruin)—as well as their previous release, Really Really Big Pinecone—recorded at The Silent Barn—is as mysterious yet self-aware as the band name suggests. All you can do, fair listener, is join on the ride.

The three-piece lineup has cracked the code to creativity: leaving the comfort zone. W.I.S.A.T.P. features Zannie Owens on bass (“but her main instrument is guitar”), Greg Albert (“but his main instrument is bass”), and Mikey Buishas (“but honestly [doesn’t] know too much about guitar”). As musicians, they’re less interested in proficiency as they are in composition. The idiosyncratic seven tracks of W.I.S.A.T.P. flow in a distinct manner, like the band is both restless and perfectly at ease. And like all of the best gifts, W.I.S.A.T.P. keeps on giving, rewarding repeat listens with experience points like a musical RPG.

Nearly all the songs on their cassette release, Really Really Big Pinecone, are under three minutes, but they pack miniature worlds into each.
-Rolling Stone

This album will be ship with a download code.