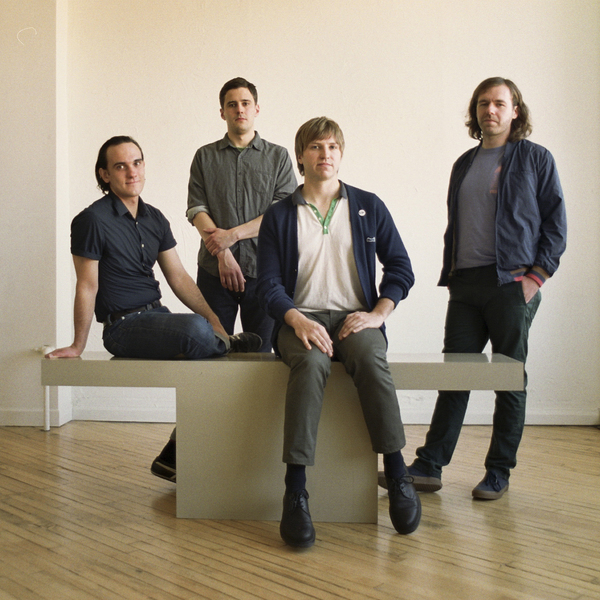 Clearance'’s charms have always come from the way they cleverly condense their influences into fresh, personality-filled songs. Drawing as much inspiration from '60s U.K. pop and jangly '80s New Zealand indie rock as '90s slacker and contemporary groups they've recently shared bills with like Omni and Rolling Blackouts Coastal Fever, the Chicago-based band's career so far has been full of wiry and witty gems. From their ramshackle and coolheaded 2015 debut, Rapid Rewards, to their 2016 7” single Are You Aware, each release has boasted memorable riffs and frontman Mike Bellis' bitingly observational lyrics.

Their forthcoming sophomore effort At Your Leisure, which is out July 27 via Topshelf Records, is the product of the band's strengths. It's the culmination of long tours, breakneck writing sessions, and the evolving friendship between band members Bellis, guitarist Kevin Fairbairn, bassist Greg Obis, and drummer Arthur Velez. Older and wiser, Clearance uses the trials and tribulations of being an indie rock band navigating the maddeningly contradictory music industry in 2018 as a secret weapon.

Bellis revels in its absurdities throughout. "On The Doorstep" deals with superficiality and the nitty-gritty business side of the industry: "If the contract's ironclad / You're on the doorstep" while"Gallery Glare" tackles winning over a disinterested crowd: "but don't stare / cause you've gotta laugh at the tawdry details of this sordid affair." Even the album's title is a joking play on the snail's pace of modern-day album release cycles. Armed with the experience of an extensive tour with Widowspeak and a stint playing in Brazil, plus sharing bills with bands like Slowdive, Alvvays, Dick Diver and more, they're weathered but not bitter.

At Your Leisure is also a love letter to guitar pop. The majority of the songs came about when Bellis visited New Zealand for a few weeks in 2016, home to acts crucial to the band’s origins like the Clean and others from the classic Flying Nun roster. Compared to Clearance’s slacker-inspired earlier offerings, the songs on the new LP are breezier and more propulsive, radiating simplicity with each riff and airtight hook. Lead single "Had A Fantastic,” the first song written forthe project, is a quick and punchy track that channels their Kiwi jangle into something distinctly Midwestern and distinctly their own.

Elsewhere, songs like “Destination Wedding” poke fun at all kinds of bougie rituals while attempting to write their own version of the Kinks’ “Holiday In Waikiki,” as Bellis offers. But it’s not all sunny riffs and good humor. “Haven’t You Got the Time?” is the most direct single on the LP, which Bellis wrote during the disintegration of a relationship. He sings, “Well I’ve been taking it in a new direction, now that I’ve seen the signs / I know you’ll get out when you can.” Bellis’ hides a sadness behind his droll delivery.

The LP was mastered by Total Control’s Mikey Young and recorded with The Hecks’ Dave Vettraino around Chicago at Jamdek Studios, Public House Recordings, and their own West Side practice space, which they share with Chicago stalwarts NE-HI and Deeper. At Your Leisure isn't just the sound of a band confidently finding its voice, it's a reflection of one part of athriving and collaborative local music community. 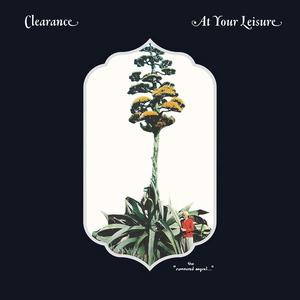 Contagiously snappy and slacker pop ... that at times sounds like it could be the Crooked Rain, Crooked Rain basement tapes ... [or] like if The Fall were from Chapel Hill.
-Noisey

At Your Leisure feels less like a definitive statement than a question in process of being asked, one with an answer worth pursuing just as it says on the cover.
-Bandcamp, Album of the Day

Clearance have been releasing the kind of breezy, effortless rock that serves as the perfect backdrop to the end of summer haze for over four years now, and with the release of their 7-inch single ‘Are You Aware’ last August, the band proved that they have grown even more adept at stringing together infectious guitar hooks and vocal melodies.
-Post-Trash

It’s good old-fashioned alt-rock, and the Chicago foursome know what they’re doing, and know how to leave you satisfied by a song’s end.
-Stereogum

It’s an album that sounds like it was made and meant for consumption during leisure, by musicians who spend their leisure getting really good at playing rock music. It’s a tough one to write about because writing is work, and this one’s for those precious moments when you completely forget work exists.
-Get Alternative on "At Your Leisure"

a hand-picked mix of clearance merch and related titles. view all →