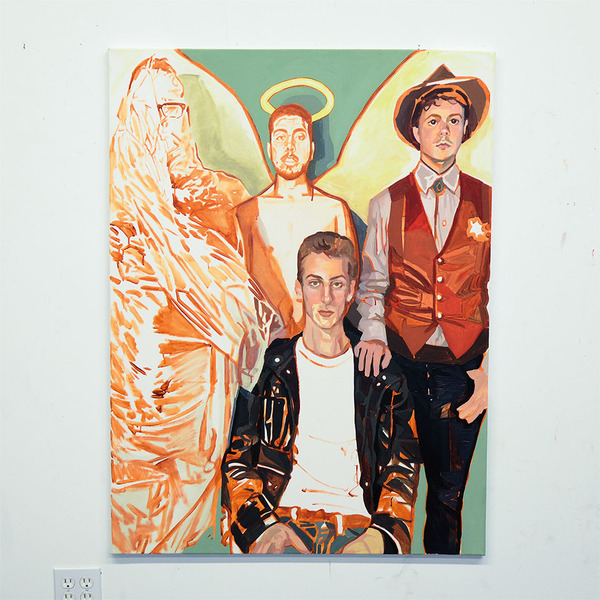 The Connecticut band follow up their self-titled 2015 debut album with renewed enthusiasm, gusto and a continued penchant for experimentation at every turn. A raucous listen end-to-end, Mean Well, sees the band pack extreme musicianship into a tidy ten-song package: drummer Nick Charlton provides an insane sense of rhythm, often playing well across the bars, diving into poly-rhythms and absurdist beats without ever feeling out of place. O'Donnell's voice is the baritone to Rule's tenor. Oscar Godoy, for his part, splatters shredding melodies in bursts, occasionally dueling and harmonizing with Rule, a fine guitarist in his own right.

a hand-picked mix of queen moo merch and related titles. view all →