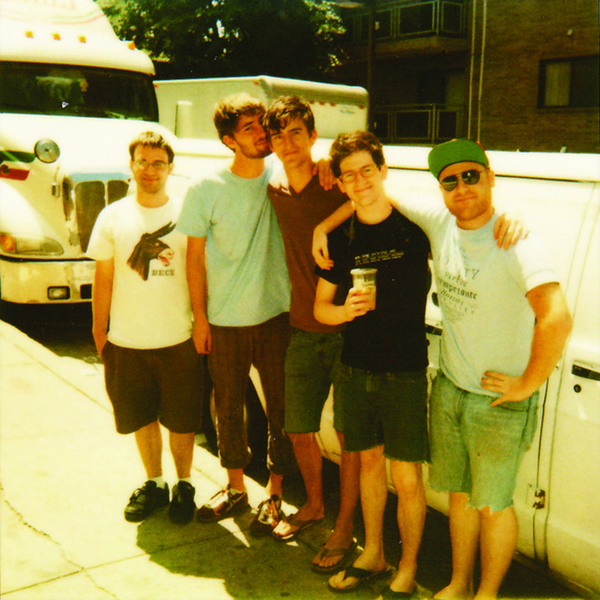 The short version: Aeroplane, 1929 is a band from Springfield, Massachusetts, and New Haven, Connecticut, composed of core members Alex Mazzaferro, Jacob Goldman, Noah Goldman and Wil Mulhern, plus a rotating cast of friends and contributors. Formed in 2005, the band has four releases -- 2006's To Persevere, 2007's The Holy Ghost, 2008's Original Sin, and 2010's Attic & Cellar -- each of which they recorded themselves in the Goldmans' New Haven home. Aeroplane, 1929 has played extensively in New England and has undertaken several northeastern tours.

While the band's last record, Attic & Cellar, was slated as its final one (with members having spread outward to the greater northeastern United States over the last six years), it remains unclear what the future will hold for Aeroplane, 1929. Despite being on hiatus, periodic live performances in Massachusetts, Connecticut, New York and New Jersey are possible and probable, and the band is always writing and recording in various configurations. Stay tuned for news about its death and/or resurrection.

For the long (some would say better) version, in the form of an essay by Lion Cub’s Chad Jewett, click here. 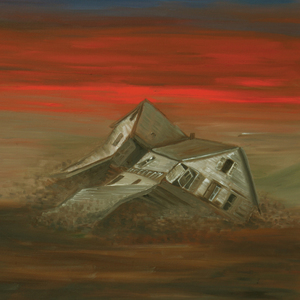 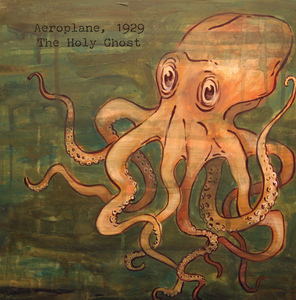 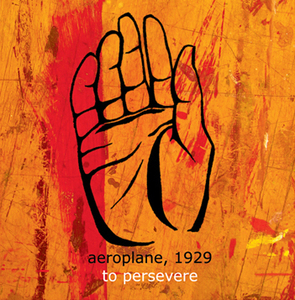 “Attic & Cellar is a culmination of all the group has accomplished over the years. [It's] a complex step forward both lyrically and musically from the indie Americana of the band’s previous releases, but, mostly, it’s a testament to the dedication of [Alex] Mazzaferro and [Jake] Goldman to conclude Aeroplane, 1929 with a final, definitive statement. [...] Easily the most cohesive work of the band’s career. Every part fits. Goldman’s sometimes-baroque arrangements fit with Mazzaferro’s textured folk songs like a sonic glove. Aeroplane clearly demonstrates the skill to pull off its grand vision, which is why the 12-song concept record is easily one of the best releases, not just locally, of 2010, so far.”
-New Haven Register

“Aeroplane, 1929 have released the best cohesive piece of local music thus far in 2010. Attic & Cellar is interesting, exciting and moving [...] a truly special effort from a fantastic and criminally underrated Connecticut band.”
-CTIndie.com

“On Attic & Cellar, announced as this still-young band's final record, the members of Aeroplane, 1929 unleash both their inhibitions and their sheer ambition, sprawling out in all directions from the contemporary folk-rock they've mastered on the last couple of releases. While retaining its characteristic elegance, the band has also learned to write songs that really swagger and strut. We hear more prominent pianos, repetitive electronic figures and a string section playing strikingly modern arrangements. It's a markedly broader sound, but also more subtle [...] A hell of a way to say goodbye.”
-New Haven Advocate

“Attic & Cellar, the band's latest and, apparently, last album, is a well-orchestrated song cycle dedicated to 'all those burdened by the Past.' The songs move back and forth through time and space, alighting in the half-lit interior landscapes of guilt, longing and regret, communicated through lyrics at once cryptic and wonderfully descriptive. [Singer-songwriter Alex] Mazzaferro and multi-instrumentalist Jacob Eli Goldman wrote or co-wrote all 12 songs on Attic & Cellar, augmenting guitar, bass, drums and piano with strings and woodwinds that lend the tunes an understated, often baroque feel. It's dusty and a little frayed in the mournful pedal steel guitar and wash of flute and clarinet on 'The Things My Father'd Done,' and boldly, deceptively upbeat on the poppy 'Muzzled, Maddened,' with layers of keyboards and synthesizers piled around a steady bass line and precise drums. The album features a benediction of sorts for Aeroplane, 1929, which managed a pair of full-length albums, an EP and a three-song single in its too-short five-year run. As a finger-picked guitar figure fades away at the end of the last song, 'When We Dead Awaken,' Mazzaferro stacks his voice in layers of harmony as he sings, 'Turn the page. It's okay.”
-Hartford Courant

“Sadly, this appears to be the swan song for the talented New England band Aeroplane, 1929, who are heading their separate ways nearly simultaneously with the release of this subdued, 12-song indie set... It’s smart stuff, filled with colorful atmospheric splashes, complete with occasional woodwind, string and brass splashes. All the colors flow together brilliantly in songs like 'The Things My Father’d Done,' and 'Head & Foot of the Stairs.' [...] Aeroplane, 1929’s music is very organic, with frequently fascinating lyrics. And while they lean towards the darker side of the scale, the can also deliver a genuine pop gem like the hook ‘n’ harmony filled 'Le Loup-garou.”
-Masslive.com

“Original Sin marks a moment in which the band's key elements—literary lyrics, haunting atmospherics, and urgent playing—all gel, resulting in their most mature work to date.”.
-New Haven Advocate

“Aeroplane, 1929’s name is one of conscious nostalgia, but...The Holy Ghost toys with the listener's ears, constantly shifting in style and tone. The group’s subtle use of traditional country instrumentation results in a wonderful take on the acoustic indie-rock alt-country genre, defying easy classification...The Holy Ghost takes you on a breakneck six-song journey with seasoned musicians and a diverse set of musical influences. Well played and well produced, this record is definitely one to pick up.”
-Northeast Performer

“In a world — or at least a region — inundated with guitar-based contempo-indie rock bands, Aeroplane, 1929 refreshingly nails it. The Holy Ghost is...dynamically varied but aesthetically unified and smartly arranged. The lyrics examine the weird social upheaval of our era, and the uncertainty of early adulthood, with a poet’s ear. These are intelligent, tuneful, entirely accessible songs. Exactly what a band like this should be doing, and they’re doing it better than many of their peers, regional or not.”
-New Haven Advocate

a hand-picked mix of aeroplane, 1929 merch and related titles. view all → 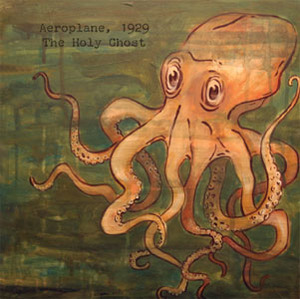