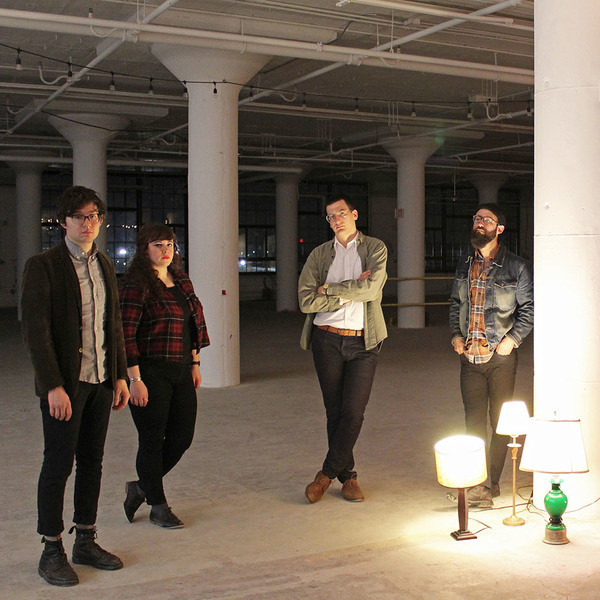 Scene reports. Regional styles. It all seems charmingly antiquated these days, given how social networking cross-pollination has transcended space and time. But with a hyper-literate, tightly wound, and irreverent brand of post-collegiate rock, Bent Shapes may just be the most quintessentially Boston band of the last few years.

Since forming the group under the name Girlfriends in 2009, principal songwriters Ben Potrykus and Andy Sadoway have largely ignored indie trends leaking from the "industry cities" in favor of churning out earnest, expertly-crafted pop and post-punk laced with “some of the tightest punk poetry around” (Liz Pelly).

2013’s Feels Weird (Father/Daughter Records) offered a glimpse at the discomfort and desperation of youth, with self-reflections on personal growth and decay. Over a year of critical acclaim from outlets as diverse as Maximum Rocknroll and Pitchfork, a tour with John Vanderslice and shows with Fucked Up, Ted Leo and The Bats followed, culminating with the addition of guitarist Luke Brandfon and bassist Jenny Mudarri.

Bent Shapes spent early 2015 recording Wolves of Want with Elio DeLuca (Titus Andronicus), although Potrykus and Sadoway began writing what would become their second album long before Feels Weird was even released. “The basic format for how songs came together was the same: Ben would write a guitar riff or vocal melody along with some chords and then we would hash out the arrangement in our rehearsal space,” explains Sadoway. The band took their biggest risk in the studio, electing to record Wolves of Want purely analog with 16 tracks. “Even with a relatively small number of tracks, we were able to bring in some additional instruments that we hadn’t added to our palette before: cello, trumpet, trombone to name a few,” says Sadoway. “My favorite part of tracking was when Luke and I got to play a Steinway grand together during the outro of ‘New Starts in Old Dominion.’”

Thematically, Wolves of Want is an album full of meditations on mental illness, the struggle to bring goodness into the world and faith in humanity as a renewable resource. These themes are particularly personal to Potrykus who was diagnosed with multiple anxiety disorders after experiencing acute symptoms on-and-off for years. “I talk about it openly, because what helped me when I felt isolated and alone was reading books and listening to interviews by comedians and writers that had dealt with the same thing. The mainstream perception of a given disorder isn't always accurate, and I don't want anyone to feel like I did when things were at their worst,” explains Potrykus. “Writing about it was cathartic for me, as well -- documenting how I was feeling gave me a way of contextualizing a personal crisis that made it seem like something I could overcome.” 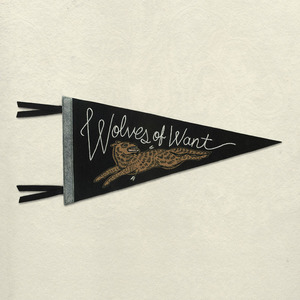 Effortless hooks, cleverly layered wordplay, and an undercurrent of earnestness set them apart from the pack, three qualities that are more apparent than ever on “New Starts In Old Dominion,” the opening track and lead single to their new record Wolves Of Want, which demonstrates the band at the height of their prowess.
-Stereogum

Bent Shapes have rarely sounded so visceral, so honest, with the powerful lyricism matched against a real intensity of sound.
-CLASH

a hand-picked mix of bent shapes merch and related titles. view all → 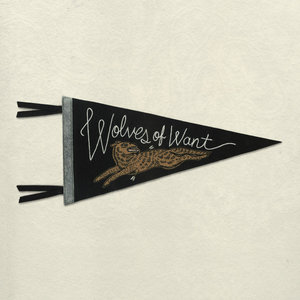