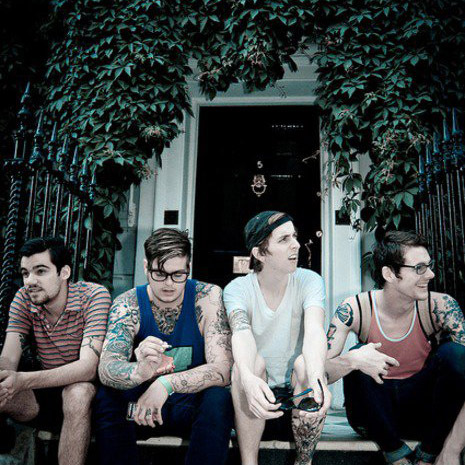 If Grown Ups was your college professor, More Songs would be Advanced Emo Mathematics with a refresher course in Punk Philosophy. Or maybe you’d call it the indie-phile’s revisionist history, focusing on late greats such as Cap’n Jazz, Lifetime, Latterman or the short-lived and under-appreciated Street Smart Cyclist. You might simply consider More Songs an independent study: creative, offbeat and never staying within any clearly defined box.

Whatever school of rock you attend, there is no correct answer when it comes to Grown Ups’ amazing new full-length. The debut full-length offers ten punchy tracks that find the band off to a rousing start.

Splitting time between Chicago, IL, and Furnessville, IN, the hour-long drive along the southern tip of Lake Michigan has likely spawned its fair share of algebra-inspired grooves, infectious melodies and enthusiastic choruses. Still, Grown Ups’ sound is not defined by location — save for the quartet’s all-around Midwestern slant — but rather a spirit of youthful abandon and boundless energy, tempered only by its immense talent and ability to effortlessly play off one another. It’s one of those rare cases where a band tows the line between keeping the proceedings loose and fun while tightly winding its songs around a unique framework of off-kilter time signatures and incredibly technical instrumental interplay.

From the beginning, More Songs feels like the story of four scrappy upstarts with mountains of talent, but naive enough to keep them from realizing that you’re not supposed to be having this much fun playing this style of rough-and-tumble emo rock. Picking up where Grown Ups’ debut EP — the aptly titled Songs — left off, tracks like “Weed Science” and “Pears” revel in somersaulting guitar lines, deft finger-picking, staccato rhythms and gruff vocals leading fist-shaking sing-a-longs. The band twists and turns, veering left when you’re expecting right, yet the mood is light and airy and there’s an elasticity present that keeps the band’s sonically adventurous ideas in check.

With plenty of vim and vigor coursing through the album’s 35-plus minutes, More Songs’ heavy jangle and dynamic shifts feel a bit jerry-rigged at first. Subsequent spins reveal more of a controlled chaos theory, where somehow the happy-go-lucky mess fits together and flows perfectly. Amazing production from Matt Allison (Lawrence Arms, Alkaline Trio, Less Than Jake, Rise Against) has created an kinetic debut exploding with brash emo-punk rockers, but Grown Ups manage to hold on to that edge... the raw aesthetic that attracted us to the band in the first place. Consider yourself schooled, kids. 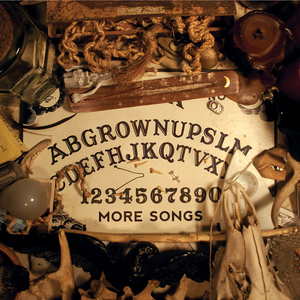 “One of the tightest and most consistent records this year.”
-Alter The Press! (4/5)

“Do not sleep on Grown Ups... an early contender for best release of 2010.”
-Exclaim