This is what got it all started.

Anyone who lives in Springfield, Massachusetts knows that in this city, the streets are never quiet. And neither are its basements, where Sixfinger grew its roots. Formed in 2000, the group released one full length album (2003’s East Side All Stars Play Hard), one EP (2005’s Songs For The Escape Artist), and one acoustic EP (2003’s The Primetime EP) to its name, as well as credits on several locally and nationally distributed compilations.

Building their reputation from scratch all over New England for the past six years, and cementing their local celebrity headlining local shows at places like local dive The Cornerstone, they quickly became known for their blend of pop-sensibility and striving vocals with old style punk and early 90’s emo influences. The band broke up in 2006. Some members, with the addition of guitarist Alex Syner, carried on bearing the name At Home Among Thieves recording some new material but disbanding before ever playing a show. Sometimes bands do that, ya know? 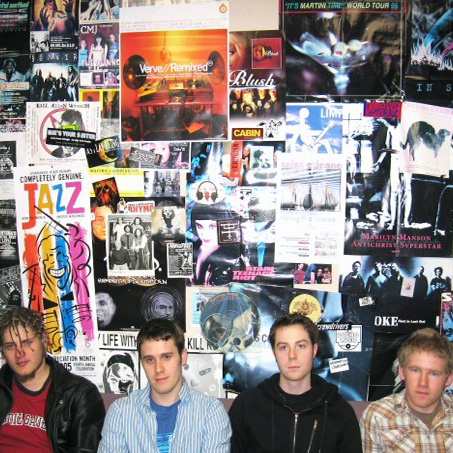 “It’s kind of hard to miss a band that sounds like Thursday went to a Velvet Underground show, then decided to get ridiculously frank, up front, and conversationally poetic with their lyrics.”
-Skope Magazine

“These kids have a lot of heart, in a scene which tends to turn its back on the kids.”
-Punk Planet

“There is enough emotion on this album to go and project Sixfinger through any constraints of a recording nature.”
-Neufutur.com

“The lyrics are exceptional in an area in which many similar bands fall very short.”
-Smother.net