The Philadelphia-based crockpot pop group have announced their forthcoming record, If you're not afraid, I'm not afraid, to be released on August 23, 2019. Check out the Bob Sweeney-directed video for the album's lead single, "Get Lost," below.

On If you're not afraid, I'm not afraid, Queen of Jeans paired with prominent producer Will Yip to enter into a new sonic era. It marks a decided turn to more tightly knit songwriting that emphasizes Queen of Jeans' most alluring strengths. Vocals shine through as the sun through clouds, drenching twangy, western-reminiscent guitar in evocative light, illuminating the album's vast and serene crockpot soundscapes. If you're not afraid, I'm not afraid is an impactful collection of songs that stand for something real; Queen of Jeans' invitation to the listener to embrace their own stories, no matter how scary it may seem.

Pre-order the album today on vinyl, CD, or cassette. 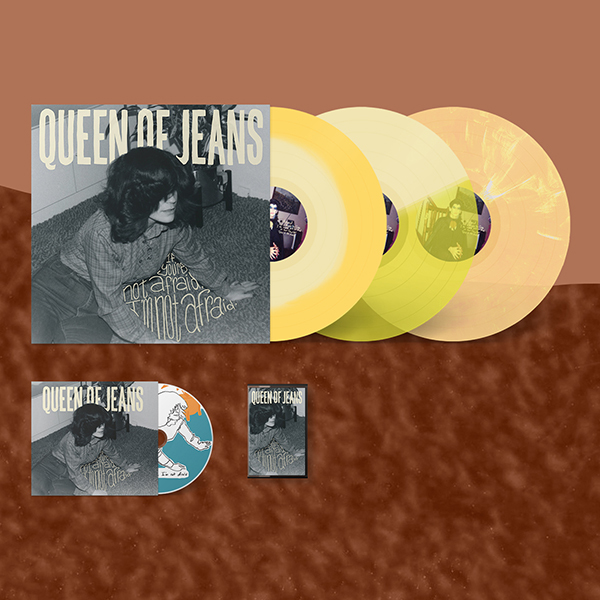