Taken from the band's forthcoming record, Meaning, "In Blue" shows off Field Mouse's pop proclivities in a rolling dream-rock influenced number underpinned by warm, undulating synth, nostalgic chord progressions, and skittering tambourine. Led by Rachel Browne's distinct and direct singing style, "In Blue" invites us to focus our energy into that which brings us joy.

» Listen to "In Blue" by Field Mouse

Ending an unplanned hiatus begun in 2016, the Brooklyn- and Philly-based Field Mouse have resurfaced to release their third full-length record, entitled Meaning. Slowly and painstakingly put together during politically tumultuous times, Meaning naturally came to be a record about "growing as a person despite the feeling of global entropy," as guitarist, vocalist, and lead writer Rachel Browne describes. But what exactly is the function of art in such a chaotic world? Over the course of Meaning's 11-song runtime, Field Mouse deftly posits their own answers to this tricky question, maneuvering between issues of growth, social media, insomnia, and forgiveness, the result of which is a nimbly composed dream pop record with infectious inflections of shoegaze and indie rock.


Meaning, the third full-length album from Field Mouse, will be out via Topshelf Records on August 16, 2019. Pre-order the album today on vinyl, CD, or cassette. 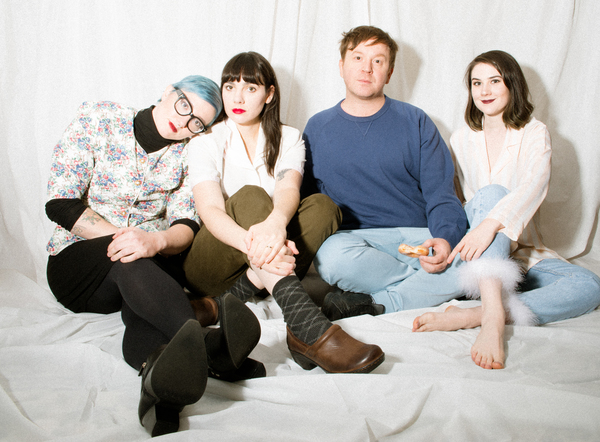