Crisman is back this week with a new single, "Cya", from their upcoming self-titled record due out April 3rd.

Crisman has also announced tour dates, including a NE run with roster pals Bellows this Spring: 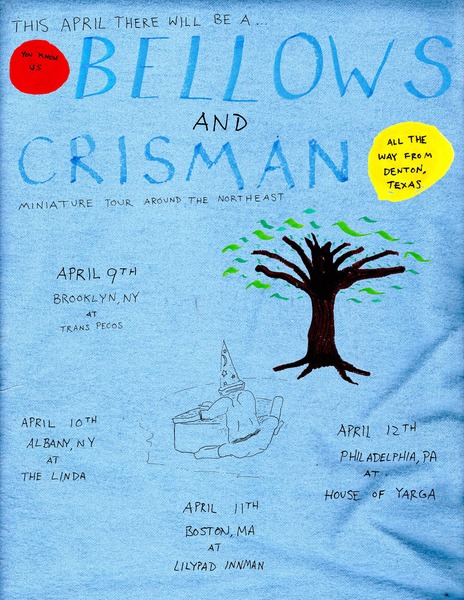