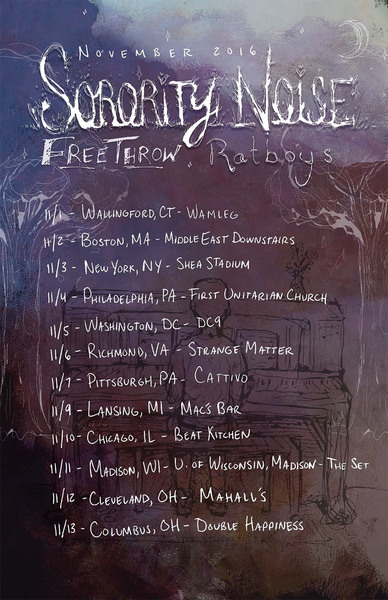 ​Currently on tour with Bayside and The Menzingers across North America and with a UK headline run and European tour with Turnover shortly thereafter, Sorority Noise deserve a break but instead they'll be playing more shows — this time on the east coast with Ratboys and JANK in tow. read more →

Sorority Noise have announced a run of UK & European Tour Dates with Puppy and Turnover this coming October. read more →

With the release of their new album, Sorority Noise will be heading out on a full US tour with Bayside and The Menzingers! For dates and info read more → 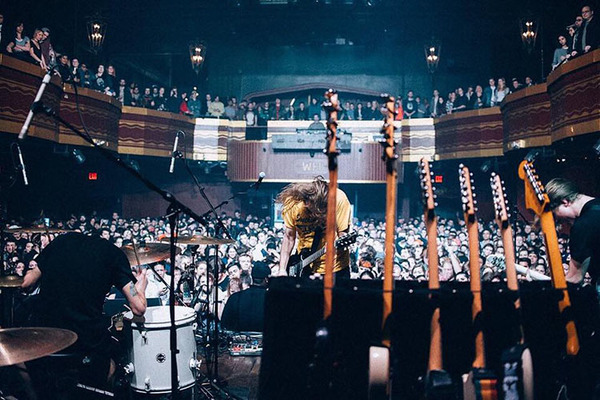 Good morning, UK peeps! Sorority Noise will be embarking on their first UK tour next month! There’s one show of them playing just as Old Gray, two with them playing alone, one with Old Gray and then they’ll cap things off playing two shows with Modern Baseball — whew! read more → 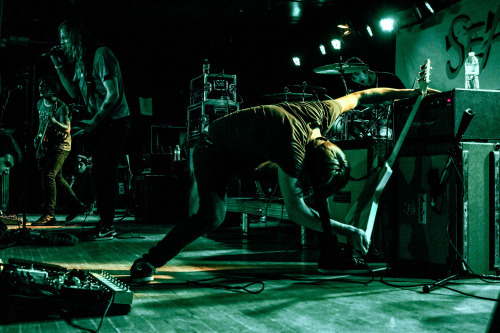 Not content to have been on tour for what seems like the entirety of last year, Sorority Noise will again hit the road as part of a US tour with Citizen, Turnover and Milk Teeth! Tickets go on sale Monday, January 11 @ 12:00pm EST. For dates and info, read more → 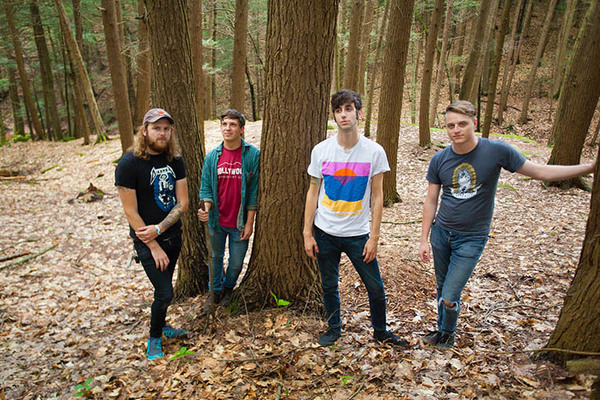 After releasing a fantastic new record and touring extensively all summer with Motion City Soundtrack and Fireworks, Sorority Noise will be heading out on tour with Knuckle Puck, Seaway & Head North this fall! For tickets, dates & info, read more →

Apparently Sorority Noise are set on touring every single day this summer. In addition to their current dates with Fireworks and Turnover and their upcoming dates with Motion City Soundtrack, the band has now added August dates around Wrecking Ball Fest with You Blew It and Microwave. For dates and info, read more →

Get ready to be seeing a lot of Sorority Noise on the road this year — starting with their upcoming tour with Motion City Soundtrack this summer for their Commit This to Memory tour. For dates and info, read more →

Sorority Noise​ will be joining Fireworks​ and Turnover​ later this spring for the east coast leg of Fireworks' US tour! For dates and info, read more →

Hello! Today we're excited to announce that we'll be releasing the next Sorority Noise LP! The band is recording currently and will continue to through mid-February. A self-produced effort by Cam Boucher with mixing from Matt Baltrucki, the album will be out this summer. For more details, read more →

Next year You Blew It will be headed out on their first ever US headline tour! They'll have Tiny Moving Parts and Rozwell Kid along with them — and select dates with Sorority Noise. read more →