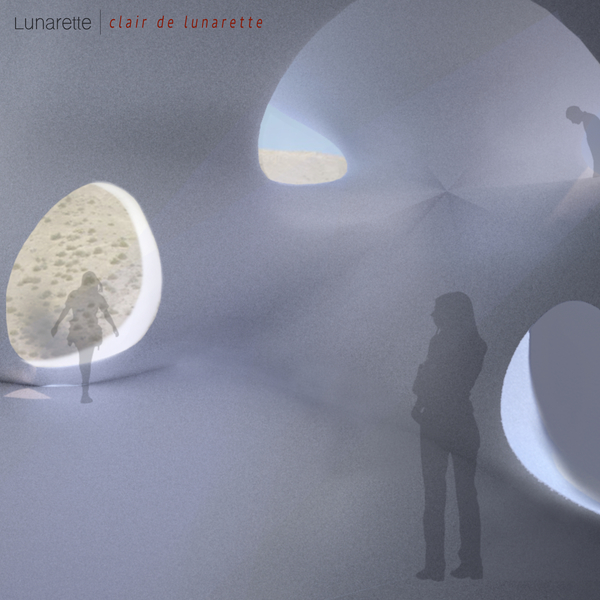 What seemed like the end for Gingerlys in 2018 was actually a fresh start for Lunarette. Members Kevin Doxsey, Brian Alvarez, Colin O’Neill, and electro pop whiz Jackie Mendoza chose to start anew and return to the studio with Connor Hanwick (prod. Gingerlys LP) to record their shimmering debut Clair de Lunarette (out 2021).

Clair de Lunarette is a split EP release with Babe City records, and is the band's first foray into the spotlight since the dissolution of Gingerlys. Striving for release, both personal and communal, Lunarette lean into the pop sensuality of their polished, electronic world. Lush, swirling guitar layered over dynamic, jingling synth melodies fill the atmosphere of their debut EP. Harkening to late night drives, and the carefree sentimentality of future nostalgia, lead single “Austin St.” beckons listeners to swap the serious for a waking daydream.

The EP's second single is the pulsing number "Lucky One," a windows down indie pop cruiser. Guided by Mendoza's hazy, longing vocals, "Lucky One" features a driving synth bassline that, like “Austin St.,” simultaneously pulls listeners forward, while tugging on the heartstrings of retro pop nostalgia.

Clair de Lunarette’s final single “Messing” is a melancholy pop song that speaks to the universal experience of feeling insecure around someone you admire. This sensation’s emotional tumult translates through nuanced key changes and chord voicings that create a fertile sonic environment that opens up the song’s theme for broader interpretation. At times Mendoza and O’Neill trade off vocal lines, and at others they harmonize, further underscoring the song’s broadly applicable motifs while emphasizing the group’s compositional acumen.

If you enjoy Lunarette, we think you might also like:
March 19, 2021
Topshelf Records & Babe City Records
TSR224

a hand-picked mix of Lunarette merch and related titles. view all → 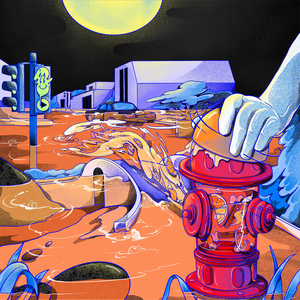