This spring we'll have Kind of Like Spitting and The City on Film out on the road together with Lee Corey Oswald! Dates and info below: 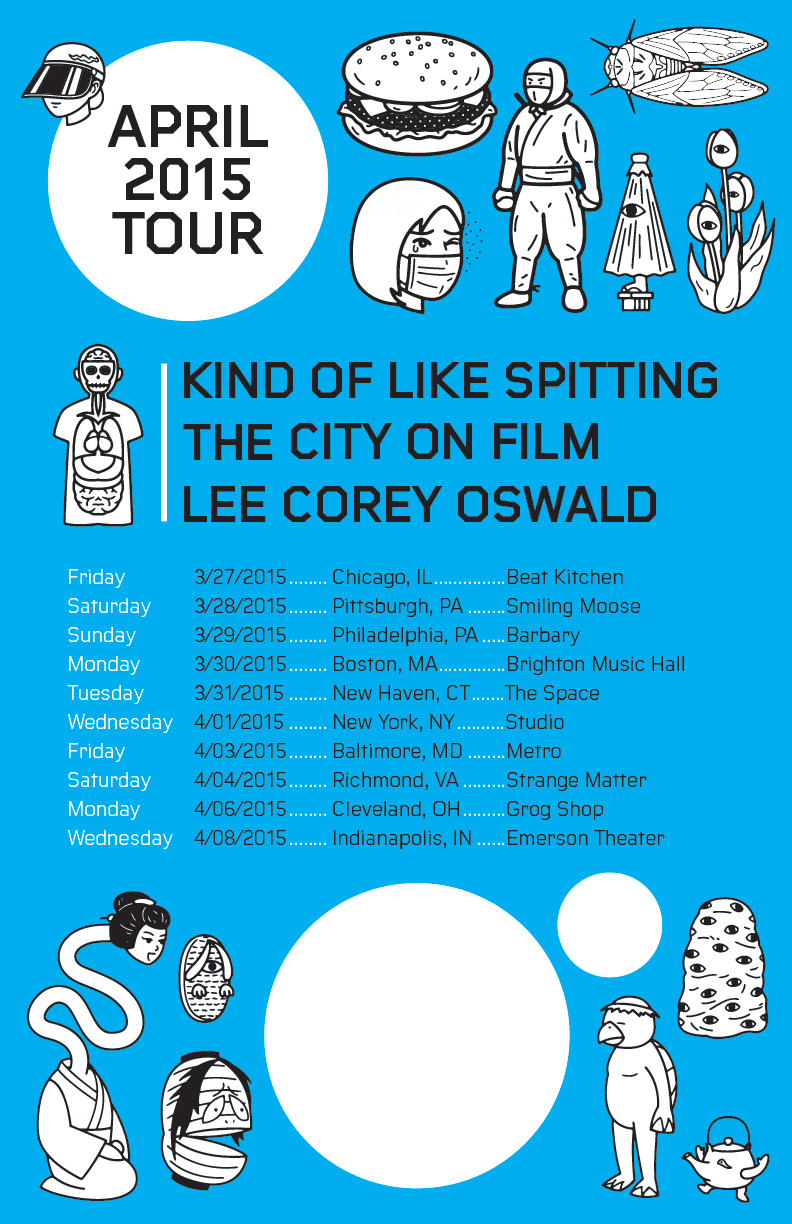 
#the city on film
#kind of like spitting
∞ permalink

Very excited to finally announce that we'll be releasing a split between Kind of Like Spitting and Warren Franklin & the Founding Fathers on vinyl and digitally February 3, 2015! 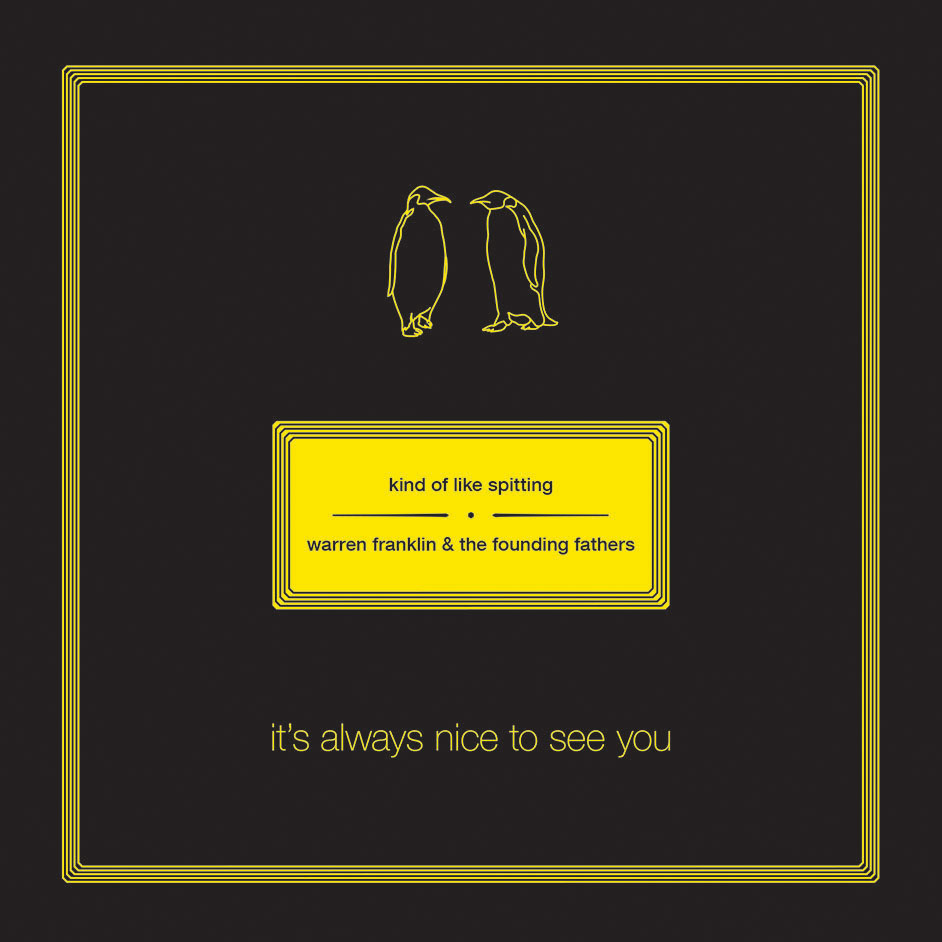 Indie cult favorites Kind of Like Spitting formed in 1996 in Portland, Oregon. The band, led by singer-songwriter Ben Barnett, regularly toured in the US and released twelve albums in a span of just seven years. They broke-up in 2006 but Barnett re-formed the band earlier this year. The current lineup consists of Barnett, (guitar/vocals), Brian Grant (bass) and Dante Johnson (drums). If you're a fan of Barnett's output with his other project Blunt Mechanic, you're gonna have an especially good time with this album. Chunky guitars contrasted with eloquent, driving bass lines and washed out, incredibly hooky vocals abound on these seven tracks. It's classic Kind of Like Spitting and the Elvis Costello cover really makes a ton of sense, too.

Flip the record for Rockford, IL's indie pop/emo stalwarts Warren Franklin & The Founding Fathers' six-song contribution. The band's most recent effort was a split with Mikey Erg earlier this fall on Count Your Lucky Stars. Between writing for this and their soon-to-be-released next LP, they're clearly locked into a song-writing groove right now. If you're familiar with Warren's previous output, you know what you're getting here — if not, think Joie de Vivre meets Miracle of '86 or early Kevin Devine material. Which rules, obviously.


#kind of like spitting
#warren franklin & the founding fathers
∞ permalink