Today we're excited to reveal the latest addition to the Topshelf family with the announcement of Alfred.'s Like You!!, to be released in collaboration with Citrus City Records on June 7, 2019. The record will be released with a special zine designed by the artist. Enjoy the album in full today, alongside the two-part music video for "Tales of a Queer Rapscallion" and "Like You! (Yes, You)."

♫ pre-order the cassette or zine ♫


♫ pre-order the cassette and zine bundle ♫


Like You!! is the deeply multifaceted debut album by Richmond, VA's Alfred. Its warbly bell tones, expertly chopped melodic samples, and slow-mo hip-hop grooves form the instrumental base for the "darkgospel" singer/rapper Aaron Brown.

Alfred. will also go on a short tour this summer with Citrus City Records labelmate Shormey ( * ) 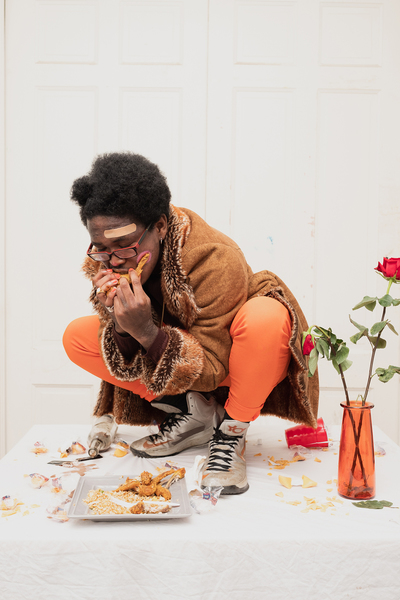