It’s immediately a great day because I have the pleasure of introducing you to the newest member of the Topshelf family: Mal Devisa

A partnership a long time in the making, we’re thrilled to work with Mal Devisa to release her full catalog across all streaming services for the first time! 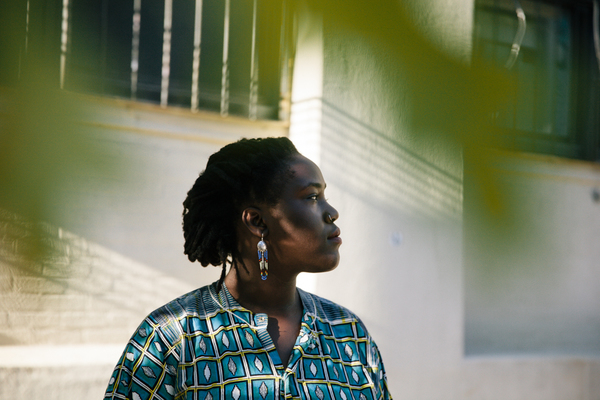 Mal Devisa is the songwriting, liberation, and poetry project of multifarious artist Deja Carr. She approaches her sound from any and every direction. Masterfully a genre-hopper, her work spans everything from soulful rock to unabashed hip hop, lush experimental to folk, lo-fi to jazz. And if you’re wondering how that can all work together, the answer is just: Mal Devisa. Often accompanied by heavy bass, clever loops, and hard-hitting lyrics – her voice is probably what will pull you in wholly. Simply and seriously a talent, Mal Devisa’s catalog is an experience that I hope you take some time with.

Deja started releasing music as Mal Devisa in 2014, breaking through with 2016’s Kiid – her first full-length LP. Along with her digital launch, you can now also hear a newly remastered version of Kiid.

Listen on all platforms!

It’s a marvel at every turn. Carr switches off regularly from soulful croons to callous raps — she excels at both, bringing her inimitable voice and perspective. She talks of displacement and isolation, exerting control and trying to establish independence. Her songs are tender and remorseful, confident and cool.
-Stereogum

Mal Devisa's dynamic catalog is very much the manifestation of her musical history: her grandfather, Bruno Carr, was a jazz drummer who worked with the likes of Ray Charles and Aretha Franklin; she went to jazz camps as a teenager; rapped in MalYMarco; and led funk band Who'da Funk It?. After 5 years of performing in Who'da Funk It?, Deja began learning bass and compiling the scraps of some of her old songs ~ developing Mal Devisa.

Deja’s talents also extend to reaches of spoken word and production, paralleled by aspirations to start both a youth foundation and Afrobeat orchestra. This boundless inspiration is a central facet of Mal Devisa’s work, whose sonically and narratively unrestrained passages teem with empathy and liberatory visions for a better world.

a hand-picked mix of mal devisa merch and related titles. view all →