Our End of Year Sale runs through December 31! ALL 2021 Titles on ALL formats are 21% off. Here's a little guide to everything we put out this year. Find a release you may have missed or return to a '21 favorite. If you're really feelin something, hit the shop with that 21% off! Scroll to the very bottom for a handy chart of shipping deadlines if want an order in hand by Christmas... and if you're too late, a gift card seldom disappoints.

Often heralded as an achievement of lo-fi bedroom pop tangled with threads of emo and DIY. The range of Weatherday’s debut is doubtlessly a product of an artist who refuses to compromise a single shred of their vision.

"Sputnik roars furiously here and is reservedly hushed there, hitting you with a wall of sound before dropping you off a cliff of silence, as the riffs cycle between twinkly and anthemic." -Grandma Sophia's Cookies 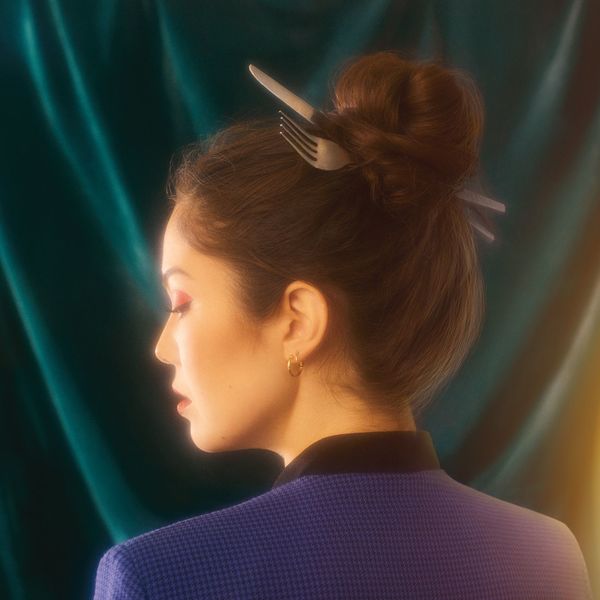 "Behind their union of bookish indie jazz and principled punk, Really From are an alliance in which every voice counts" -Pitchfork 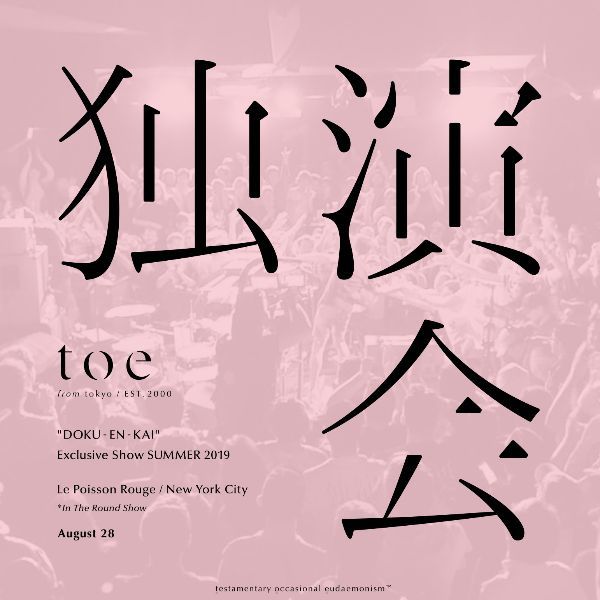 Shot ‘in the round’ at le Poisson Rouge in NYC, and directed by Josh Coll, Japanese quartet toe added another captivating live release to their extensive catalog with the feature-length performance DOKU-EN-KAI. Throughout DOKU-EN-KAI’s 85-minute runtime, toe effortlessly split open the musical spectrum and rearrange its pieces into their signature sound that draws on elements of math-rock, jazz, hardcore, and post-rock. 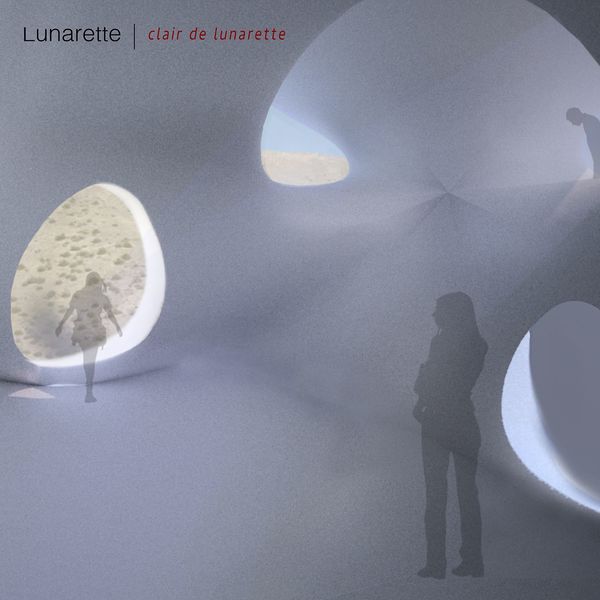 Released at the dawn of a verdant, hopeful spring, these songs shimmer with the golden glow of nostalgia. -Flood Magazine 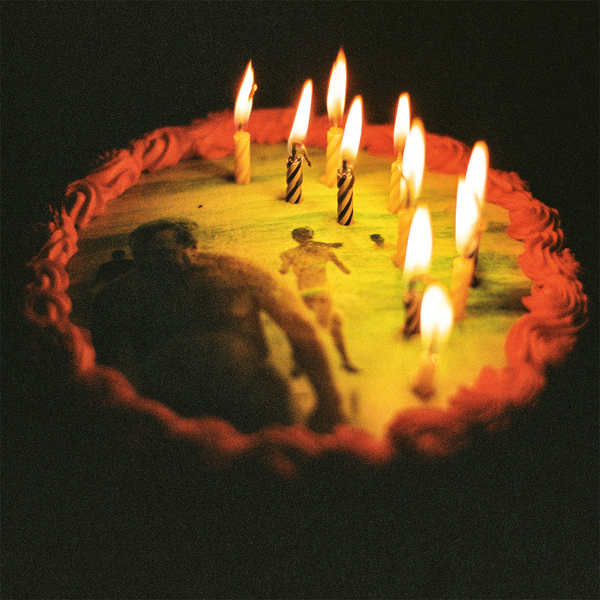 Released as a surprise on April 1st, 2021, Happy Birthday, Ratboy came 10 years to the day since the release of the band’s first EP. New recordings of the 5 original RATBOY EP songs make up the A-side of the record, with 5 new versions of rare college-era tracks and their latest single “Go Outside” on the B-side.

"[C]ontrasting cozy nostalgia with hard-rocking instincts...Ratboys were always sitting on a goldmine." -Pitchfork 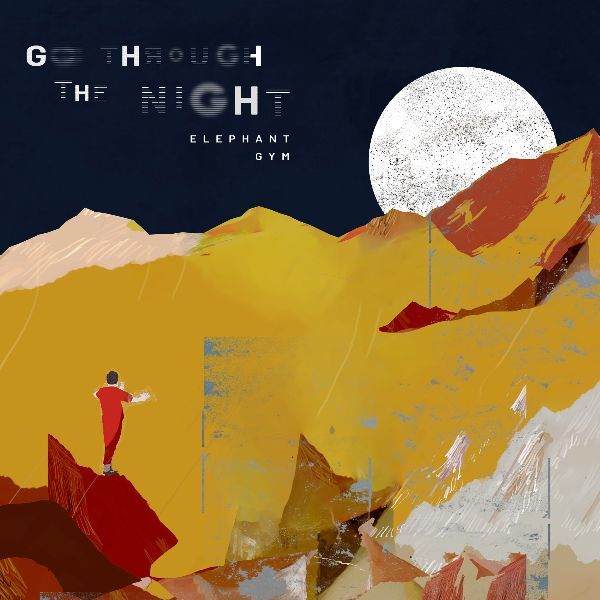 Stemming from their collaboration with the Japanese band toe, Elephant Gym’s single “Go Through the Night” fluidly interpolates the classic toe song “Two Moons” into their unique scene where reality intertwines with dreamworld illusions. This blurring of boundaries between Elephant Gym’s dreamscape and reality is the central theme of “Go Through the Night,” and doubles as the band’s opening statement for their upcoming album centered on dreams. 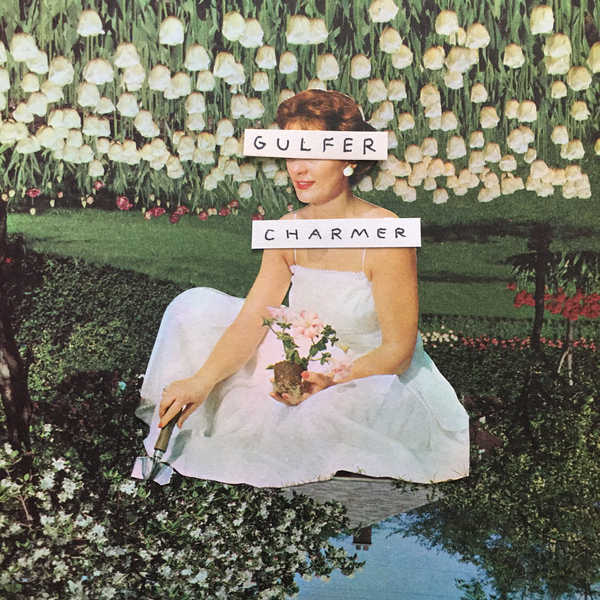 Despite never having met IRL, the Montreal, QC- and Marquette, MI-based quartets Gulfer and Charmer have joined together for a split release, via Topshelf, Royal Mountain, and No Sleep Records. The two veteran emo groups have long held mutual admiration for one another, with Charmer first taking notice of Gulfer back in 2015 upon the release of their split with Buffalo's Del Paxton. After both bands released acclaimed albums in 2020, the two became friends over DMs and soon decided to do a release together. 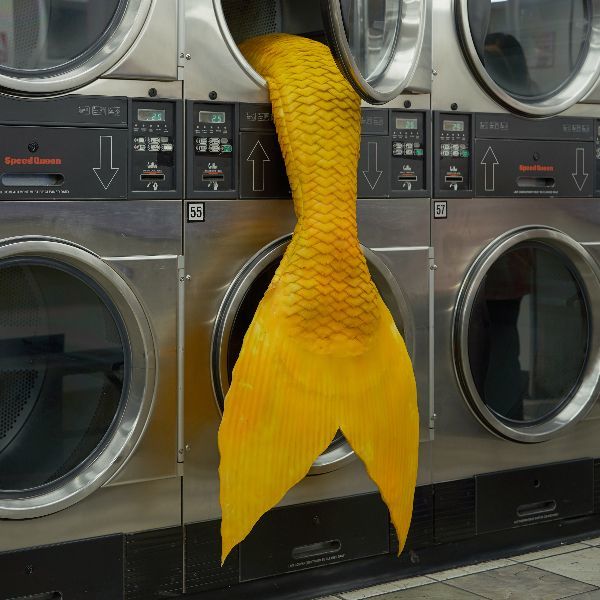 Olivia Kaplan - Tonight Turns to Nothing

Olivia Kaplan’s debut album Tonight Turns to Nothing moves gracefully between pointed, balladic slow-burners and cathartic indie-pop grooves. The debut longplayer sees the singer-songwriter exploring the challenges of modern intimacy with a bracing combination of bold observation, levity, and wit. 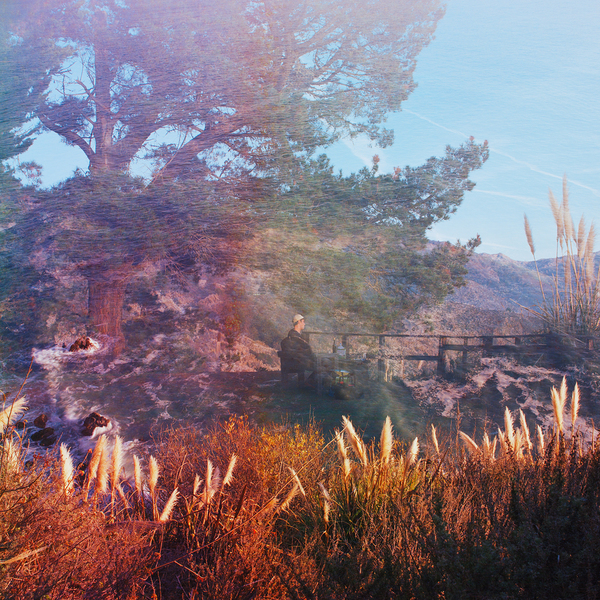 The one-off single “Goosebumps” from LA’s Gregory Uhlmann is an art-folk number about the elasticity of our perception of time. Uhlmann deftly reflects this perception with a composition that seems to subtly stretch the time between its softly strummed guitar, Uhlmann’s delicate lilt, and trotting drums

The singer-songwriter’s solo project flaunts a gentle, contemplative nature that goes deeper than one would expect from a musician with such high profile clients -The Alternative 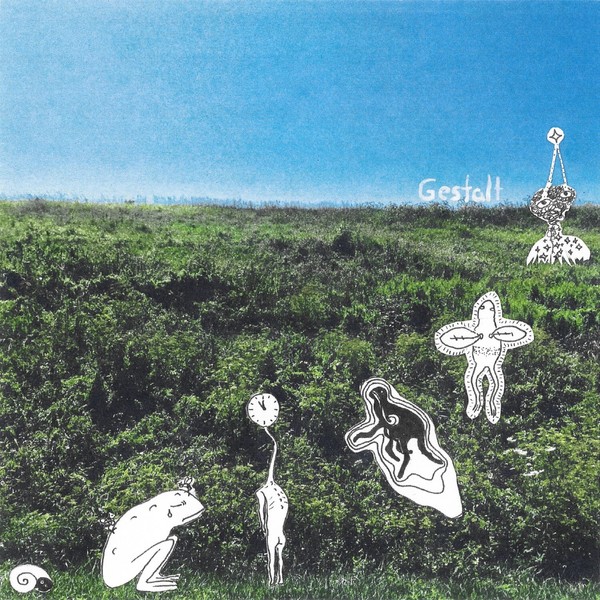 Gestalt is entirely the work of a guitar, bass, and drums trio, and yet it still feels towering—which only underscores how well-served these songs are by supernowhere. -Rosy Overdrive 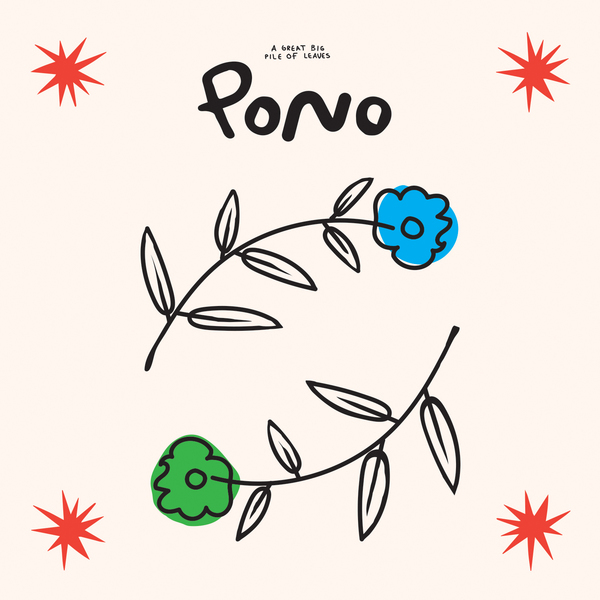 Brooklyn-bred A Great Big Pile of Leaves deals in 90’s tinged indie-rock that is brainy yet accessible. With eight years between releases, the band recalls how the recording process of Pono felt like they were making their first record, adding “we worked at our own pace with no preconceived notion of what it needed to be.”

"This is meticulous, sophisticated music about living as casually as possible.” -Stereogum 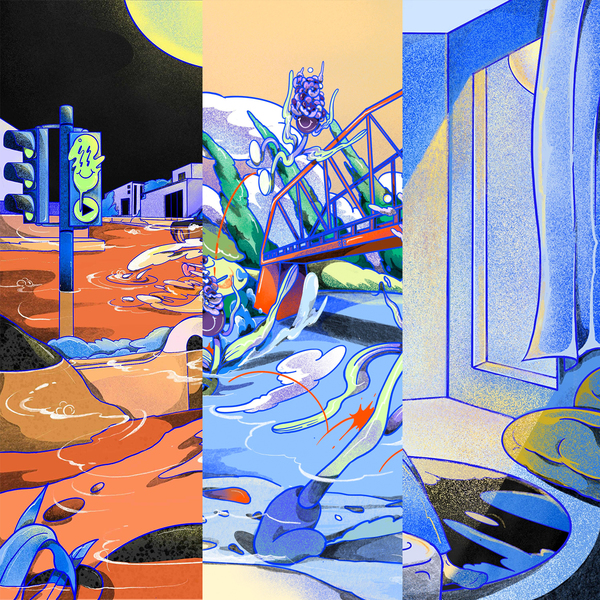 If you've been needing some musical bliss in your life, look no further than Lunarette to dazzle and delight. Keep an eye on this band: they won't be a hidden gem for long. -The Revue 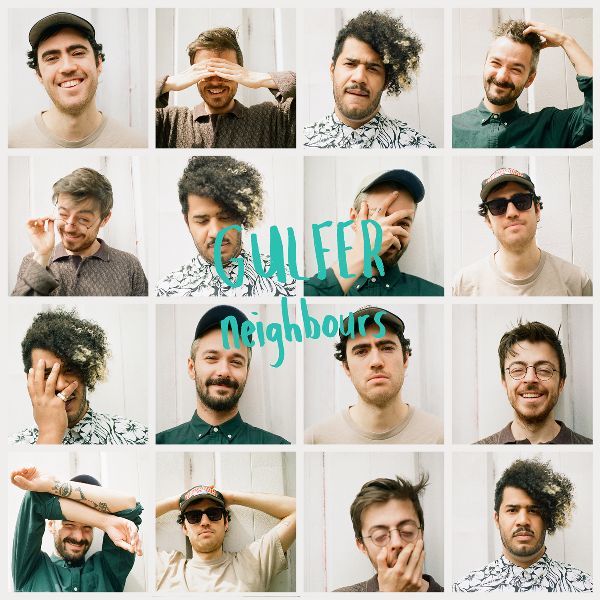 “Neighbours”–a frenzied and raucous one-off rife with technical flourishes, was written about processing vocalist Vincent Ford’s experiences with a loved one diagnosed with schizophrenia. Between its noodly, punchy transitions Ford explores what it must have been like to live with schizophrenia and not know it. Musically, “Neighbours” speaks to this mentally debilitating experience with tact and precision: frantic, stop-on-a-dime passages set a punkish, animated backdrop for Ford’s ruminations, giving him an appropriate setting to unpack his and his loved one’s experiences. 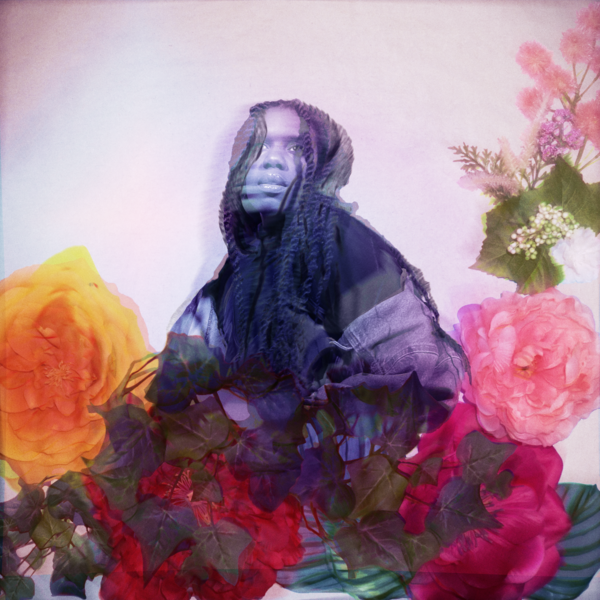 Threads of experimental pop, soul, and funk weave the main fabric of Zenizen’s “I Would (...but you want me down)”, the artist’s first new song since 2018. The singular alto of singer, songwriter, and producer Opal Hoyt is at the front of “I Would” with poetic verse that dismisses both the societal requests made of her, and the society from which those requests come. 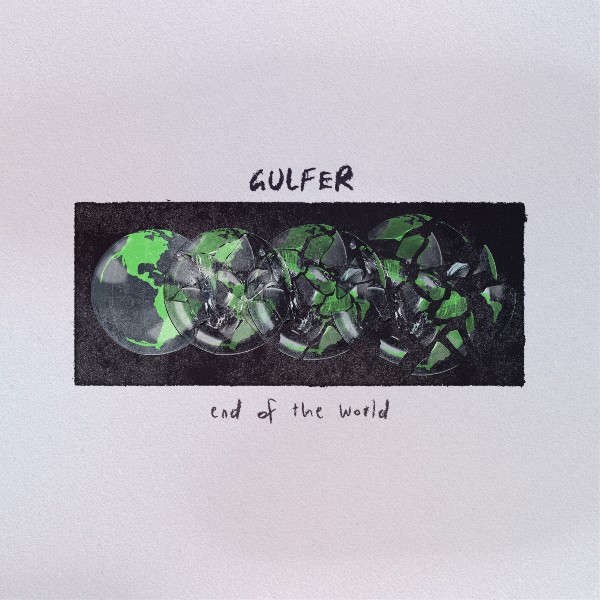 Over intricate call and response guitars that seem to fold in on themselves, Vincent Ford sings of themes parallel to the end of the world: selective memory holes; playing with fire without a care for consequence; and finding your own new ways to cope and just get through the day.

The group’s punk-leaning instrumentation and intricate guitar patterns add a certain poetic element to the song written about finding ways to cope with existence and its opposite. -Dusty Organ 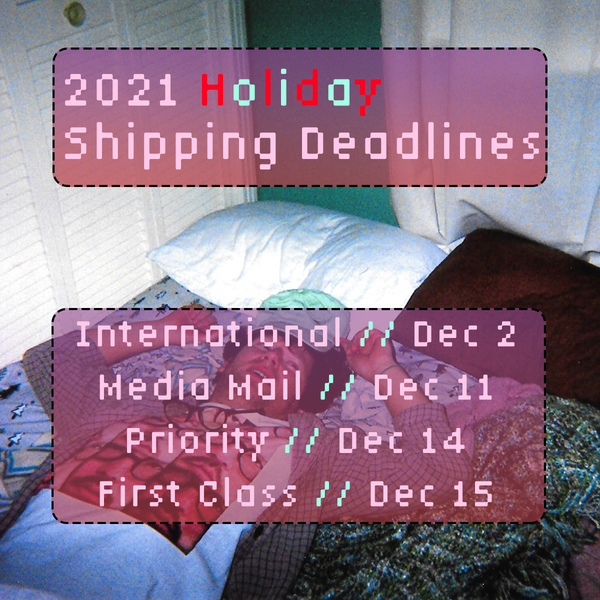